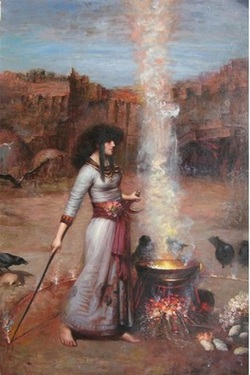 Euripides’s heroine Medea commits one of the most striking, controversial, and variously interpreted tragic actions the genre has produced.  In our second essay, you will develop an argument about one of the Medea adaptations we will examine, using a theoretical text (Nietzsche, Loraux, or Zeitlin) to provide a framework for your argument.

Nietzsche’s remarks on tragedy have been immensely influential for studies of the genre.  More recently, Froma Zeitlin and Nicole Loraux have posited new, challenging interpretations of the dynamics of tragedy attending to the philosophical and practical implications of the dramatic medium, Zeitlin with an analysis of what it means to be an “other” on the Athenian stage, and Loraux from the perspective of the “mourning voice.”

While wrestling with these thinkers in class, we have also been exposed to newer adaptations of Euripides’s basic plot: Lars von Trier’s film version of Medea, and Cherrie L. Moraga’s The Hungry Woman: A Mexican Medea.

Goals of the Essay:


SOME TIPS FOR DEVELOPING A FOCUSED ESSAY:

Remember, you aren't responsible for addressing EVERYTHING that is going on in your particular adaptation or theoretical work.

The most successful essays often carve out an interesting niche by examining one or two things closely rather than ranging broadly across a number of topics.

Here are some ways you might choose to focus your inquiry:

1. Choose a particular moment in the play

2. Choose a particular character in the play (sometimes looking at a minor character turns out to be especially
interesting)

3. Choose an interesting line from one of the theoretical readings (Nietzsche, Loraux, Zeitlin) as your starting point.
Using Euripides and your adaptation of choice, develop an argument that challenges, expands, or explicates the idea.

6. Choose one particularly interesting passage or scene to analyze from the point of view of one of the theoretical texts.

7. Re-visit Aristotle's terms as a way of bringing adaptation and theoretical texts together.

EXAMPLE: Compare Aristotle's view of spectacle as a kind of second-rate distraction with Loraux's
view of the display of the corpse as a meaningful part of tragedy's emotional work.   Then explore
Euripides and one adaptation to see what kind of attitude these works take to spectacle.


8.  "Flip this Theory."  What happens if you reverse a theorist's ideas, or experiment in other ways with their thesis?


9.  Choose a keyword (either from the theorists or the plays) to build your essay around. 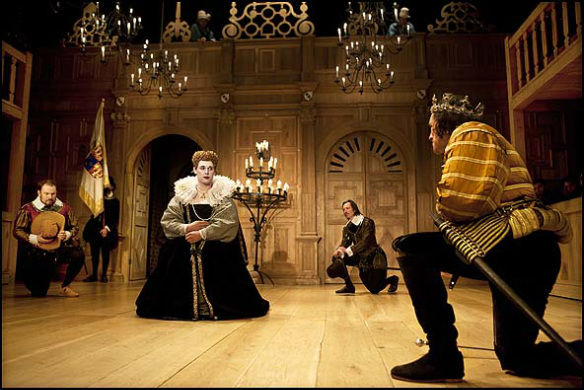 Your assignment: Write an essay of 5-7 pages tracing one significant theme from Shakespeare’s original play in an adaptation of your choice.  For instance, you might write about how the theme of marriage is re-worked in Hamlet 2, or how the theme of friendship is shown in a new light in Rosencrantz and Guildenstern are Dead.  What do you think the creator of your adaptation is trying to say about this theme?

Some of the themes you might consider include (but are not limited to) the following:

You may choose an adaptation of Hamlet in any genre.  Some examples include:

Tom Stoppard, Rosencrantz and Guildenstern are Dead (play or film)