There are three options for your Final Paper, which is due on Tuesday, December 17 at midnight (submitted by e-mail to kwalsh36@fordham.edu).

1. The "Hamlet in Adaptation" assignment described below.

2. A 5-7 page paper on Hamlet on a topic of your choice.  Please consult with me before taking this route.

3. A 5-7 page paper on a topic of your choice related to the course in some way (ie. it doesn't have to be about Hamlet at all).  Again, please consult with me before taking this route).

Your assignment: Write an essay of 5-7 pages tracing one significant theme from Shakespeare’s original play into an adaptation of your choice.  For instance, you might write about how the theme of marriage is re-worked in Hamlet 2, or how the theme of friendship is shown in a new light in Rosencrantz and Guildenstern are Dead.  What do you think the creator of your adaptation is trying to say about this theme?

Some of the themes you might consider include (but are not limited to) the following:

You may choose an adaptation of Hamlet in any genre.  An adaptation might be a film version of the play, or it might be a work that spins off from Hamlet in some way, such as the movie Hamlet 2.   Some examples of good choices include (but are not limited to):

Tom Stoppard, Rosencrantz and Guildenstern are Dead (you should have a copy of the play, and the entire film is available on Youtube.  Remember, of course, that the play and the film are different works of art, so you may write about either one of them as Hamlet adapations, or write a comparison of the two of them as Hamlet adaptations, but please do remember that they are not synonymous with each other).

Please remember: if you are using a particular adaptation, you will need to watch it closely and make references to specific scenes and quote specific lines.  It won't be sufficient to simply draw on memories of having seen an adaptation.  Some of the versions, as noted above, will be available on Reserve at Walsh Library. If you would like to write about a different Hamlet adaptation, one that is not on reserve, you will be responsible for obtaining a copy of it.  Of course, you are also welcome to write about Tom Stoppard's play Rosencrantz and Guildenstern are Dead, which you should all have a copy of.  Let me know if you have any questions about obtaining adaptations, or if a work you have in mind "counts" as an adaptation of Hamlet. 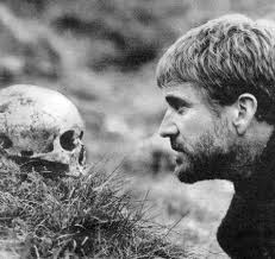